Book Summary of Made to Stick by Chip and Dan Heath

Mark Twain had it right, Chip and Dan Heath say when he said that “A lie can get halfway around the world before the truth can even get its boots on.” Chip and Dan have become the de-facto sticky brothers through their bestselling book Made To Stick. As they say on their website “Urban legends, conspiracy theories, and bogus public health scares circulate effortlessly.” And I think a lot of you have probably seen that. Meanwhile, people with important ideas: businessmen, educators, politicians, journalists, and so on, and so on, really struggle to make their ideas stick. And it’s a

Everything you’ve been taught about social media is wrong… When you are sitting down to plan out your next social media campaign, or are trying to make your product “go viral”, is part of your plan to target people with thousands of Twitter followers? As it turns out, we’ve all had a lot of misconceptions about how people share online, and what makes ideas spread. Luckily for us, Paul Adams has started to set the record straight through his book “Grouped”, where he outlines exactly how people share online, and what you as a business leader can do about it.

Leave it to Dan Pink to inform us that everything we need to know about human behaviour can be gleaned from a monkey trying to open a simple latch lock. Uplifting. But also leave it to Dan Pink to have us re-examine an assumption that’s fundamentally wrong – like people can be motivated by rewards and punishments. Maybe we do deserve to be ruled by apes after all. Apes and Harlow A long time ago (1949) there was this dude named Harry F Harlow, and he thought it would be interesting to see what would happen if he placed a

Book Summary of ‘Will It Fly’ by Pat Flynn Edit article

Just as a paper airplane needs wings to fly, a project needs wings to be successful. This summary will give you wings. Does your idea have merit? Will it succeed in the market you’re trying to serve, or will it just be a waste of time and resources? Is it a good idea for you and the life you want to live? In other words, will it fly? You have an idea, or maybe a few hundred. They could be new, or old, or scrawled on the back of a napkin in the bottom of your gym bag. Good ideas

Book Summary of A More Beautiful Question by Warren Berger

Would the world be better off if we asked more and better questions? This is something that Warren Berger sets out to answer is his great book, A More Beautiful Question. A recent study has shown that the average four-year-old British girl asks an average of 390 questions a day. Which begs the obvious question – why do we ask them less and less as life goes on? And perhaps more importantly for us in the business world, how can we do a better job of asking them. After all, a recent research study has shown that the most creative 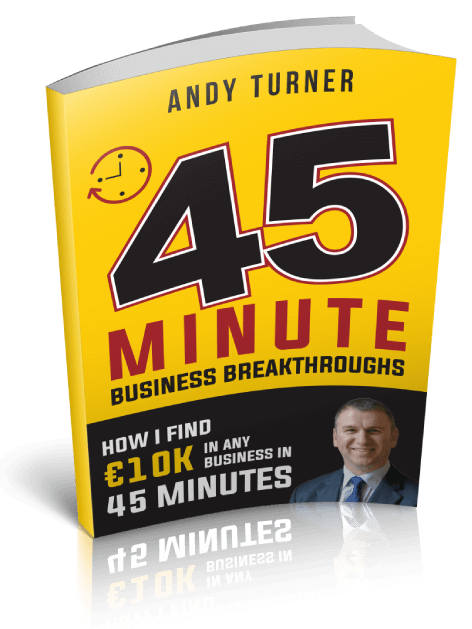 Simply enter your name and email
below to receive instant access.

We will send you the digital book as well as our email training series on
how to build a successful and profitable business! Easy opt-out at any time.

100% Privacy Guarantee.
Your information will NEVER be sold or rented to anyone!

EVERYTHING You Know About Marketing Your Small Business Is WRONG!

Simply enter your name and email below to receive instant access to the video.

You’ll receive instant access to the video as well as our email training series on
how to build a successful and profitable business! Easy opt-out at any time.

Did You Know There Is A Formula Every Business Owner Must Follow To Create A Profitable Business?

Simply enter your name and email below to receive instant access to the video.

You’ll receive instant access to the video as well as our email training series on
how to build a successful and profitable business! Easy opt-out at any time.